The Star Wars Party for Adults!

If you know Tom, you know he's a Star Wars nerd.
Not the trivia-quoting kind, but the kind who names his dog "Yoda", cuz it's cool.

But a few weeks ago one of our nephews called him out because he doesn't actually own ANY of the Star Wars movies.
That is, until yesterday.
Tom asked for all the Star Wars Blu-rays for his birthday.
But I couldn't just give him the movies, I had to give him the whole Star Wars experience. 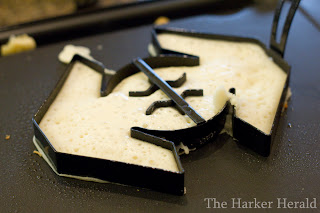 It started at breakfast with Star Wars pancakes with our nephews!
The pancakes molds (from Williams-Sonoma) was one of Tom's birthday presents. 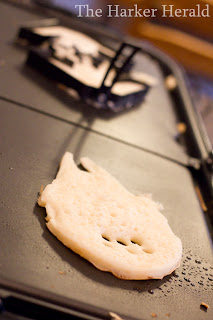 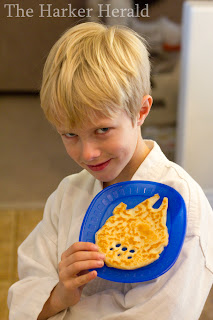 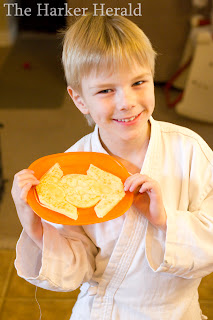 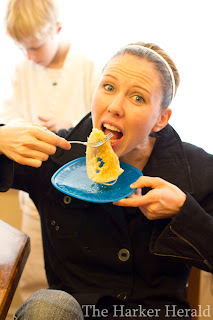 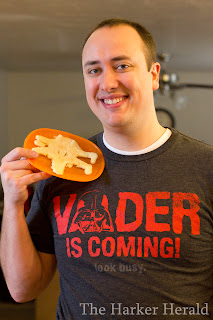 Then it was time to get started on the cake for Tom's Star Wars birthday party. 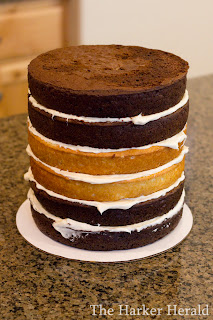 I started with six round cakes (three box cakes with a few secret ingredients.)
I found a copycat recipe for the cream cheese cake filling Costco uses.
It is so ridiculously good, it was probably my favorite part of the cake.
You can find the recipe here (I used white chocolate pudding mix instead of vanilla.) 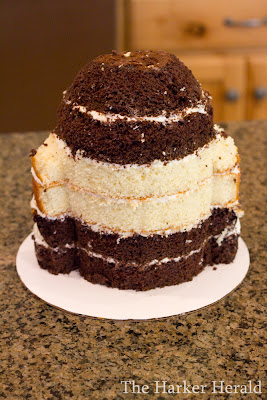 Then I started trimming.  Can you tell yet who I was trying to sculpt? 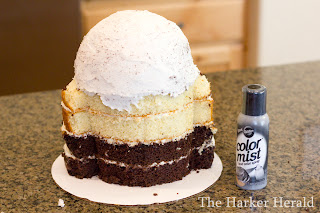 Then, I iced the head and used a color spray to make it grey.  (It was actually black color mist, but it turned out looking grey, which is what I was hoping for.) 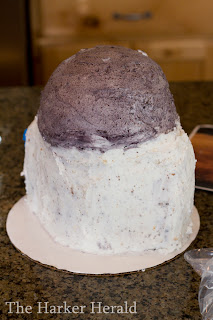 Then I iced the rest of the body with white icing. 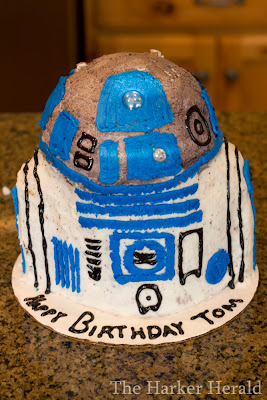 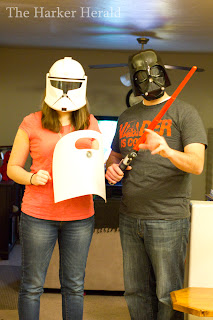 That's me and Tom as a Storm Trooper and Darth Vader. 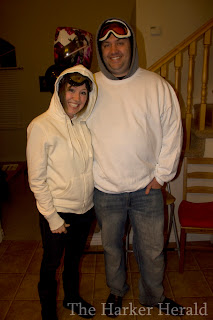 Ash and Aaron came as people from the planet Hoth. 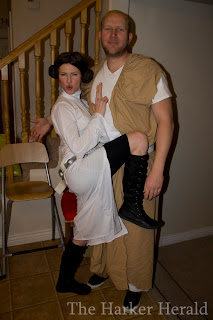 I don't need to tell you who they are, right? 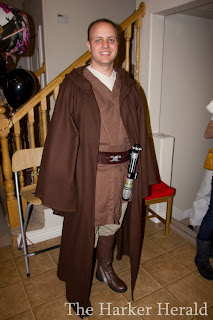 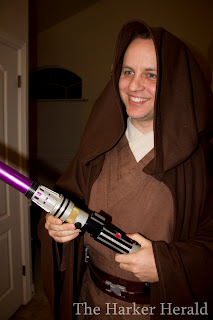 This is Tom's friend Dan.  He's probably the biggest Star Wars nerd on the planet.  Having him there totally MADE the party! (He knew the answers to all the Star Wars trivia when no one else had a clue.) 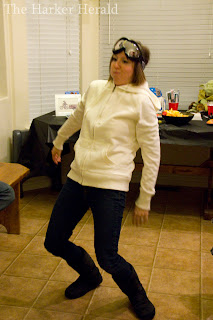 We played Star Wars charades.  Here Ashley is pretending to be Jabba the Hut.  Her team got it in seconds!
We also played Star Wars Trivia with questions from this website.
I learned a ton of interesting (and useless) facts about Star Wars.
Like, did you know George Lucas considered making Luke Skywalker a midget?
We also played a game with Star Wars movie quotes, where people had to guess who said the line (but I can't find the website it came from right now.) 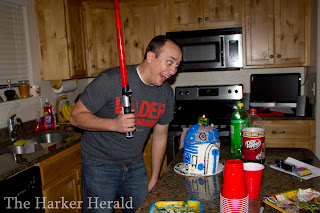 Here's Tom blowing out his candle. 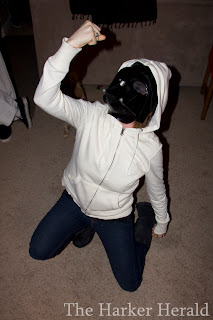 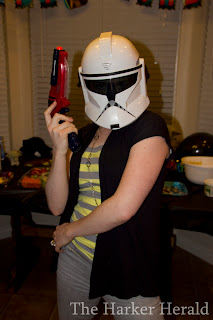 My other friend Ashley as a Storm Trooper. 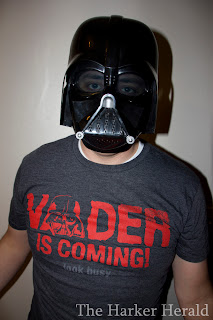 And here's Tom again.  My sexy birthday boy!
Happy Birthday baby!  You may be OLD, but you're obviously still 14 at heart.
That makes me a hot cougar right?  RIGHT?
Posted by L.A. Harker at 8:28 PM

Email ThisBlogThis!Share to TwitterShare to FacebookShare to Pinterest
Labels: Life in Action, Tutorials

Rules of the Blog

All pictures are copyright T&L Harker. Use any without permission and I'll send my ferocious dog, Yoda, after you.